Blog 2 out of 4: feature selection analysis

In the previous blog "capture the behavioural ‘rules’ that lead to your target", I spoke about the first steps of creating a model to predict a customer’s conversion intent: creating features and defining the target. In this blog, I will describe how to select the best set of features based on a feature selection analysis. We do this because having too many features can be computationally expensive. Besides, it may negatively impact model performance.

We often use three different ways to analyse the features in a dataset:

In this example, I continued with the dataset created in the first blog where we predict conversion intent based on a set of features. You can see that the strongest relationships are all previous revenue-based features, next to the city of the customer.

Using the same data as above, we see that the following features in the top 5: 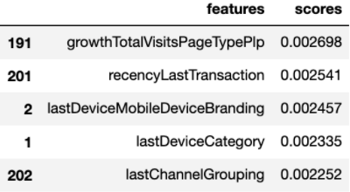 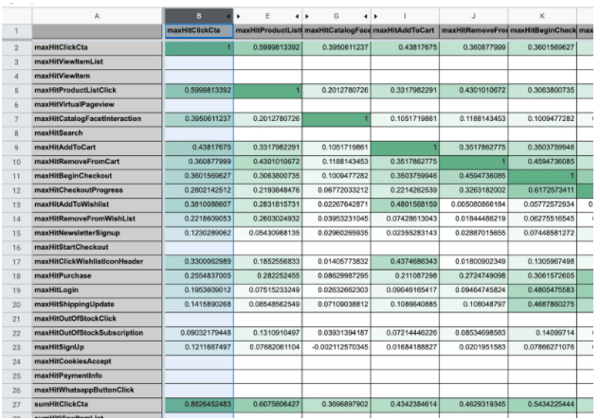 In my next blog of this series, I will describe the next step, which is to create models and investigate if leaving out a subset of features is beneficial for the model’s performance.

Crystalloids helps companies improve their customer experiences and build marketing technology. Founded in 2006 in the Netherlands, Crystalloids builds crystal-clear solutions that turn customer data into information and knowledge into wisdom. As a leading Google Cloud Partner, Crystalloids combines experience in software development, data science, and marketing, making them one of a kind IT company. Using the Agile approach Crystalloids ensures that use cases show immediate value to their clients and frees their time to focus on decision making and less on programming.